The first inhabitants of the Pere Marquette River were, of course, Native Americans. From 10,000 BC to 1600 AD several different Indian cultures settled this area of Michigan. There were many battles fought to gain control of the river because it provided life sustaining values. After one particular battle, the heads of the fallen warriors were put on stakes and placed around the mouth of the river to warn others not to enter. This event lead to the old name for the river "Not-e-pe-ka-gon", meaning "heads-on-sticks".

It wasn't called the Pere Marquette River until the late 1600's when one of the first white men traveled here, Father Jacques Marquette, a Jesuit Priest. After his exploration of the Mississippi River he became very ill and decided to return to his mission in St. Ignace, Michigan. He and his fellow men traveled by canoe along the Lake Michigan shoreline. Father Marquette's illness became much worse and they took shelter at the mouth of the river where he died on May 18th, 1675 at the age of 37. The river was given his name and a memorial placed at his original burial site, which can be seen on South Lakeshore Drive in Ludington. Father Marquette's remains were later moved to St. Ignace, his final wish.

During the late 1800's, many white settlers were attracted to this area for the logging and manufacturing of white pine trees. The Pere Marquette River served as a "roadway" to float hundreds of pine logs to the mills in Ludington where they were cut into boards and shingles. Many of our trees helped rebuild Chicago after the disastrous fire of 1871.  Remants of the logging days can still be seen along the Pere Marquette River today. What we commonly hear referred to as "the highbanks" today, used to be called "The Chinnery Rollway" after the James Chinnery Family who owned many acres of land on the north side of the river at that time. In the picture to the right, you can imagine what it must have been like to cut, haul, and roll those huge logs down to the river and then the 10 mile float to Ludington. All without heavy equipment. The trees were eventually exhausted and many lumberjacks moved on to other opportunities out West. Others decided to become farmers and made Mason County their home.

Today, the Pere Marquette River is utilized primarily for recreational purposes. Canoeing and kayaking has grown increasingly popular by travelers and locals. Fishing is also a long time favorite activity among river-goers. The Pere Marquette's native fish used to be Grayling (a member of the salmon family), but the logging days destroyed their habitat and they were extinguished. Today, anglers come in search of Northern Pike, Steelhead, Brown Trout and especially Chinook Salmon. In late summer, the salmon make their run from Lake Michigan upstream to the gravel beds to spawn. Chinook or "King" salmon are not native to Lake Michigan. The DNR stocked them in the lake during the 1960's to help control the immense alewife population that was "reeking" havoc on our beautiful shorelines. The stocking of salmon also created a new type of sport fishing to our region. The number of salmon caught from the river today is nothing like is was during the 1980's, but it's a tradition that will carry on from generation to generation.

In 1982, Jim and Freda were blessed with their first grandchild, Josh. Josh spent all of his childhood summers at Henry's Landing following Grandpa around and learning all about engines, chopping wood, fishing and other "man stuff". He was Grandpa's best helper and grew up to be his right hand man at Henry's Landing.

In the summer of 1999 at the age of 16, Josh was working at Grandpa's campground when he met Tess, while she was camping there with her family. They sparked an instant friendship that grew into a strong love over the next few years. They were married in 2004 and have two sons, Chase and Mack. Josh and Tess found that they loved the place where they first met and wanted to continue the family business. So in 2011, Tess also became involved with the daily operations of the campground. They now own and operate it and are continuing the tradition of building family memories along the river at Henry's Landing.

The Highbanks (before its recent reconstruction)

​A little bit of history... 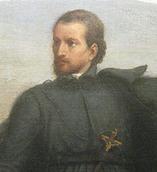 In 1974, Jim Henry had a vision of creating a place where fishermen could come to experience the thrill of the great salmon fight. He purchased property on the Pere Marquette River and spent two years building it into a campground. He called it Henry's Landing. At first, Henry's Landing was meant only to serve the fishermen during the 6 week salmon run in late summer. Jim's wife, Freda ran their general store; checking in campers, selling tackle and writing fishing licenses, which back then was all done by hand. She was also an expert at tying spawn bags and making lead sinkers. Fishermen would line the riverbanks and the Scottville Bridge elbow to elbow waiting their turn to wrestle in one of these enormous fish.  At their fish cleaning station, Jim and his crew spent day and night cleaning thousands of King Salmon. Fishermen started coming to Henry's Landing from all over the country. Jim and Freda made many friends and built many memories together. Later, they decided to extend their camping season to include summer camping and added canoe, kayak and SUP board rentals.

The Story of Henry's Landing

Keeping it in the Family...